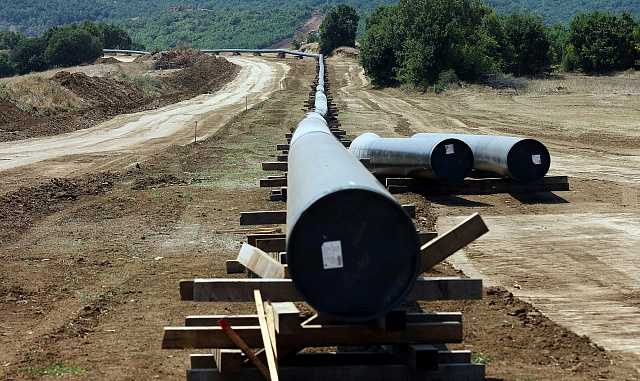 See the photo gallery of the event

On 29 July 2016, a ceremony dedicated to the completion of construction of the pipeline section “Klechovtse – Block Valve Station No 5» was held in Macedonia in the area of Stip. The Chairman of the Government of Macedonia Emil Dimitrov, Director of Macedonian Energy Resources JSC Krste Miladinov, Chairman of the Board of Directors of JSC STG Igor Romashov, General Director of JSC STG Michael Hryapov and others attended the ceremony. 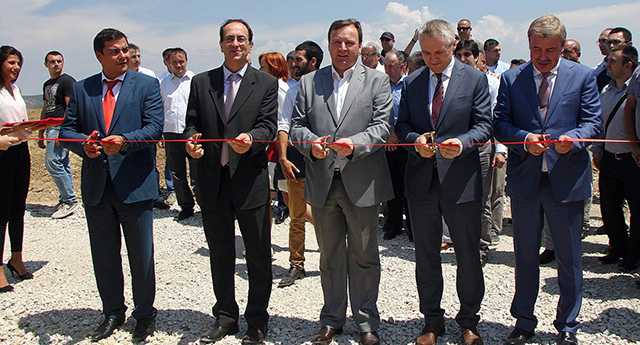 JSC STG has built a section of the pipeline with a length of 61 km (from 0 km up to the Block Valve Station No 5 near Stip). This pipeline is a part of a new gas transmission system of Macedonia with a total length of over 800 km the construction of which was provided by the project “Gasification of the Republic of Macedonia.” Joint Stock Company “Macedonian Energy Resources” is a project originator.

“The construction of this site allows accelerating the expansion of the gas pipeline network across most major locations in the country,” said Emil Dimitrov, Chairman of the Government of Macedonia, at the commissioning ceremony. “So, something that all have been talking about for many years is now a reality in Macedonia,” he emphasised.

22 crossovers across motor roads and water barriers have been also installed within the framework of the project. Semi-automatic or automatic welding have been applied for the first time in Macedonia during construction of the pipeline. Pumping capacity of the pipeline with a diameter of 508 mm is 300 thousand cubic meters of gas per day.

JSC Stroytransgaz has successfully completed the construction of the gas pipeline under the intergovernmental agreement that is fully consistent with our strategy to expand the company's presence in foreign markets. In addition, this project is a reference in terms of entering the promising market of the Balkans. PJSC STG has fulfilled the contract in due time,” said Chairman of the Board of Directors of JSC STG Igor Romashov.

General Director of JSC Stroytransgaz Michael Hryapov expressed his gratitude for the credence given to the company: JSC Stroytransgaz has implemented hundreds of projects in Russia and in various parts of the world for 25 years. We are proud that we have been entrusted with the execution of this project which is important for both countries, and we were not only able to apply our experience here but also share it with our Macedonian partners. The gas pipeline has been built within the time stipulated by the contract and an intergovernmental agreement, and with a high level of quality that has always been the hallmark of our company”.

Minister Counsellor of the Russian Embassy in Macedonia Konstantin Bersenev noted the importance of the project for the development of relations between the countries: “I would like to thank for a highly professional work of JSC Stroytransgaz and its Macedonian partners... I am confident that the pipeline opened today, during the construction of which the representatives of the Russian and Macedonian sides acted with the utmost responsibility, will be a solid stepping stone for new joint Russian-Macedonian projects in the energy sector and in other areas of economic cooperation.”

The project was implemented within the framework of the Intergovernmental Agreement between Russia and Macedonia on Settlement of Liabilities of the Former USSR to the Former Socialist Federal Republic of Yugoslavia. The cost of the pipeline amounted to 75.7 million US dollars. This section will be the first and one of the key elements of the future gas transmission system of the Republic of Macedonia and it will resolve the issue of gasification of the eastern part of the country.  Construction of the Klechovtse-Negotino pipeline will eventually increase the volume of consumption of natural gas delivered from Russia, and in general will reduce gas price in Macedonia. This project is of great importance for socio-economic development of Macedonia and for managing its energy and environmental challenges.