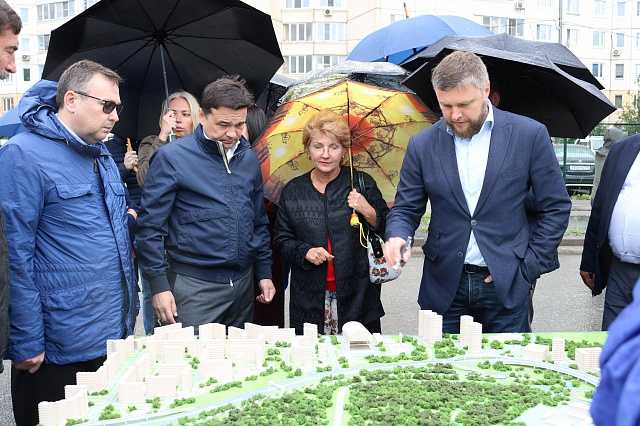 Watch report on the event

Traffic movement has been launched in Krasnogorsk on a series of crossroads being constructed by Stroytransgaz JSC. Road-users now can travel to Ilyinskoye highway via the exit from Volokolamskoye highway when driving from the region to Moscow, as well as via the exit opposite the “June” shopping mall, which provides access from Volokolamskoye highway to Pavshino railway station and to the future transportation hub, by-passing the intersection with a traffic light. The launching of exists into operation and the course of works were reported at the construction site to Andrey Vorobyev, Governor of Moscow region, by Vladislav Pototsky, Director of “Infrastructure Development” unit of STG JSC.

The exit from Volokolamskoye highway to Ilyinskoye highway includes a single lane overpass with the total length of 261 m, which rests on 7 supports. Their construction involved over 600 tons of steel structures and 800 cub.m of concrete. The facility and its approaches are furnished with lighting and barriers. The overpass was constructed with advanced materials to increase the period between overhaul. The commissioning of new road sections allowed the unimpeded traffic from the region towards Ilyinskoye and Novorizhskoye highways, and significantly unloaded traffic on Volokolamskoye highway towards Moscow.

The construction of the road interchange in Krasnogorsk runs in compliance with the schedule and is near completed. Over 300 specialists and over 40 machinery units are continuously involved into the construction works. In July  traffic on the bridge over the Banka river will be launched as per the plan. In Q3 2019 the construction of the turning ramp in the third start-up complex will be completed, and in Q4 traffic will be launched along the entire road part of the facility.

The interchange in Krasnogorsk is listed as a top priority project for the Moscow Region. The facility is being constructed in three stages under the state program of the Moscow Region “Development and Operation of the Traffic Complex” with funding from the regional road fund.

The first start-up complex includes construction of the right side of overpass on the main transit flow of Volokolamskoye highway through Riga direction railway section, rearrangement of utilities and rectification works of the Banka river.