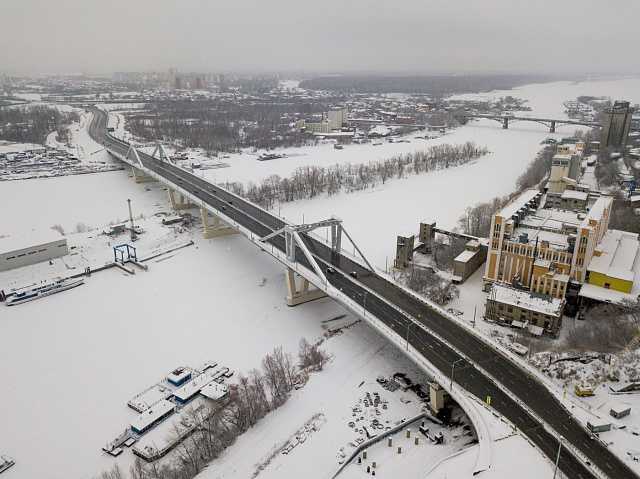 Check the photo gallery to see the commencement of traffic across Frunzensky Bridge (January 2020).

Before the New Year holidays, the residents of Samara and the Samara region were presented one of the most eagerly awaited gifts, i.e. on December 31, 2019 the vehicular traffic was allowed across Frunzensky Bridge.


Now Frunzensky Bridge and its ramps are being used in the test mode, at a limited speed (down to 40 km/h), at a small section along Frunze Street where the construction of interchange ramps is going on. However, even now vehicles can drive across the bridge in both directions. In the period when the bridge will be used in the test mode, experts will monitor the intensity of vehicular traffic across the bridge, the operation of traffic lights, street lighting, bridge structures to find any potential faults and remedy them quickly. The official commissioning of the completed sections of Frunzensky Bridge is scheduled in March 2020.

Frunzensky Bridge is of great importance for the Samara region. It will become another link of the city traffic system that will lessen the load on the other bridges, provide the exit to the motor road from Shosseynaya Street to the boundary of Samara urban district, connect the new Yuzhny Gorod district and Samara Zarechye to the historical centre of the city. In the long run, the bridge crossing will allow for the flow of traffic towards M-32 and M-5 federal highways.

The Frunzensky Bridge project includes the construction of a six-lane composite-girder bridge across the Samara River (667 m long with a 22 m wide carriageway), a reinforced concrete bridge over the boggy Bannoye Lake (79.6 m long), an interchange and an overpass over the main route motorway on Shosseynaya Street (70.7 m long), an interchange and five cast-in-situ reinforced concrete retaining walls on Frunze Street, and the main motorway route. The new motorway will be 2.67 km long.