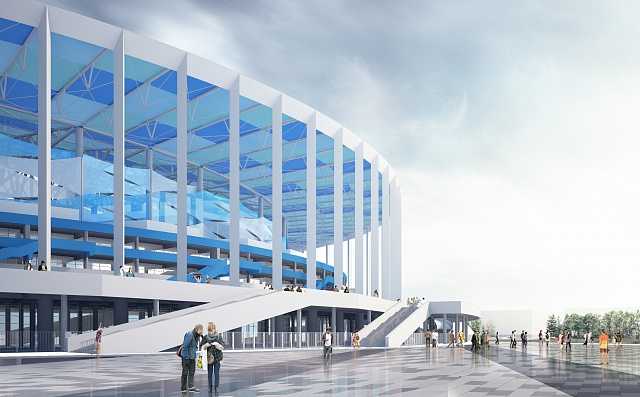 By executive order No. 469-р dated 28 March 2014 of the Government of the Russian Federation PJSC Stroytransgaz was named the sole contractor under the project for construction of a 45,000 seats stadium for the 2018 FIFA World Cup in Nizhny Novgorod. In August 2014, the project was approved by the government expert review panel. The RUB16.756bn public contract between Russian Ministry of Sports and Stroytransgaz was signed in December 2014. The total estimated cost of the stadium, including the cost of design besides construction and installation works performed by the General Contractor, is RUB17.018bn.

Our plans for 2017 include the construction of facade and roof, tribunes of the lower tier, football field, as well as finishing works. In accordance with the terms of the contract, construction and installation works will be completed in December 2017.

STG will have installed over 12,000 m³ of structural steel and almost 180,000 m³ of in-situ concrete. The stadium will have more than 35 utility systems installed. Over 2,000 people from Moscow and Nizhny Novgorod are working on the project.