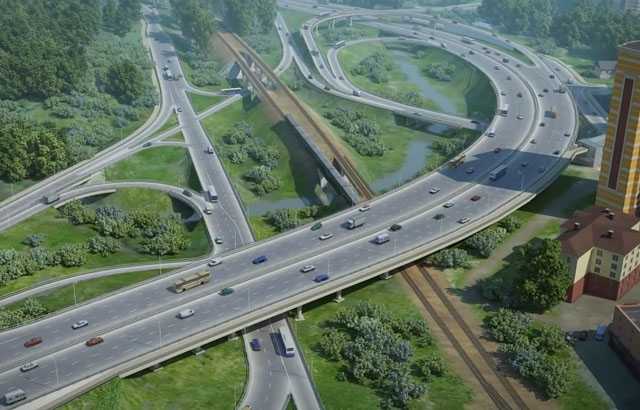 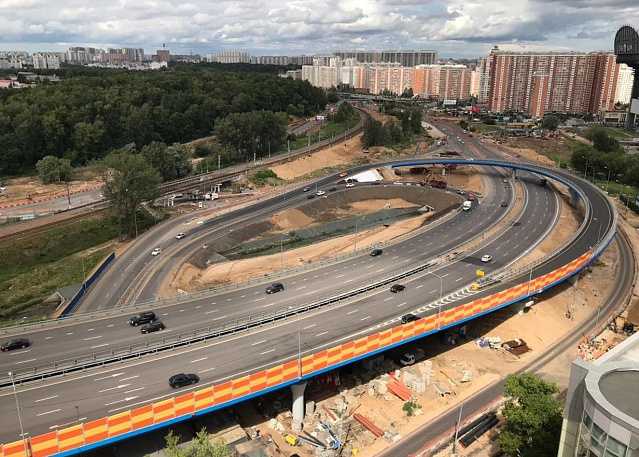 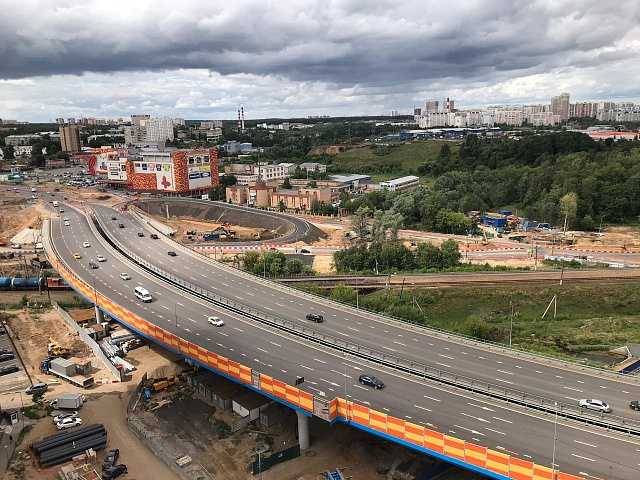 December 2015, Stroytransgaz signed a contract to build the first start-up facility of the two-level interchange at the intersection of Volokolamskoe, Penyaginskoe and Ilyinskoe highways in Krasnogorsk district of the Moscow region. The owner is the Road Construction Administration, Moscow Region.

The first start-up facility project includes the construction of the right side of the main overpass on the Volokolamskoye Highway over the Riga railway tracks. At the end of 2018 construction of a new highway was completed and traffic was launched in both directions along both overpass structures of the first and second start-up complexes. Activities completed at this phase also include relocation of utilities and the channel rectification of the Ban’ka river.

July 2017, Stroytransgaz signed a contract to build the second and third start-up packages of the Krasnogorsk interchange. The owner is the Road Construction Administration, Moscow Region. The second start-up facility includes the construction of the left portion of the main crossover on the Volokolamskoye Highway over the Riga railway tracks, crossover at the ramp exiting the Volokolamskoye Highway to the Ilyinskoye Highway, overground pedestrian crossing over the Ilyinskoye Highway and bridge across the Ban’ka river.

The interchange at the intersection of the Highways Volokolamskoye and Ilyinskoye is listed as a top priority project for the Moscow Region. The project will help to reduce the heavy traffic congestion in Krasnogorsk by increasing the capacity of Volokolamskoye highway for traffic going both to and from Moscow.